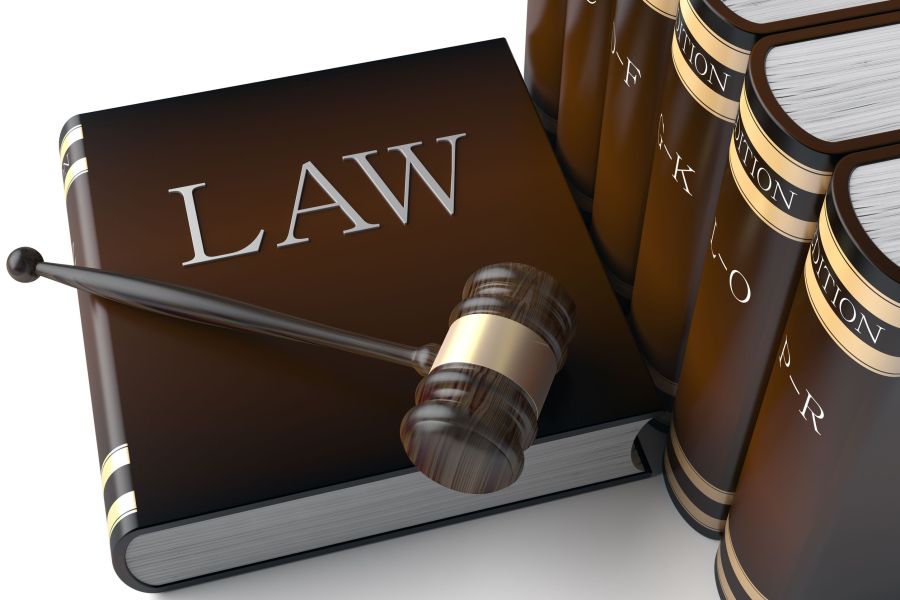 “Help! Someone has broken in to my house and taken all my stuff!”

“Help me! Someone just stole my purse and took off with all my money!”

“I’m devastated, some punks came and vandalized my house, destroying the back porch and breaking all the windows.”

“Someone please help me…I was just stabbed and physically assaulted by that guy.”

Cries for help. We’ve all heard such exclamations…maybe we’ve even been the one shouting such things, as someone just assaulted us, or ransacked our house or pick-pocketed our wallet. Nothing worse than the violation that accompanies such an event. It’s devastating personally and emotionally. Such things happen every day around this country, and the world. When something along these lines does happen, typically we make certain changes to prevent such an instance from happening again, such as going after the person legally who violated us in some way-taking them to court so they go to jail or prison. Or maybe setting up a security system for our house if it was broken into. Or, keeping a much more watchful eye out for a thief when out and about. Or on a more personal level, maybe taking out a restraining order against someone who had maybe abused us in some way.

WE TAKE PRECAUTIONS AND SET UP DEFENSES IN PLACE TO PREVENT IT FROM HAPPENING AGAIN.

What’s interesting about such things, that although all of us react and then act in such a way when violated-to protect ourselves from further instances-as Christians, we don’t seem to respond the same. Instead…we just continue to let it happen. Over and over again. Seems pretty common place to react appropriately in the natural-in the world around us. So why not in the spiritual realm?? Christians daily are letting the devil run roughshod over them and doing nothing about it. And it happens over and over and over again. It’s an absolute travesty. This should not be happening.

When Jesus came to this Earth, He did more than just die on a cross to forgive us our sins. Way more! When He was about to ascend back into Heaven He said these words: “All authority in Heaven and on Earth has been given to me.” (Matt 28:18) As we trace back a few chapters earlier in Jesus’ ministry, He told the disciples in Matt 16:19, “I WILL give YOU the keys to the kingdom of Heaven.” Then shoot forward in time to Acts 1:4. Jesus told His disciples not to leave Jerusalem until they received the gift the Father had promised. Then in Acts 2, the disciples are endued with power from on high to go forward and do what Jesus had been doing in His Earthly ministry.

“I tell you the truth, you will do what I have been doing. Yes, you will do even greater things than this since I am going back to the Father.” (John 14:12/NIV)

We have now received the same authority as Jesus on this Earth! What did Jesus do while on Earth? Acts 10:38 reminds us…

‘How God anointed Jesus of Nazareth, and how He went about doing good and healing all those oppressed of the devil.’

If Jesus was driving back the devil, healing people and setting them free, and we have been given the same authority as Jesus, then why on Earth…aren’t we driving back the devil in our own lives??? We have victory over the devil in every area of our lives but if we don’t enforce that victory, it’s all for not. It’s the same as getting robbed but then leaving the house unlocked and windows open everyday when we leave for work-or not putting in a security system. We would just be asking to be violated again which is just plain silly.

What we need to do is to enforce our victory and our legal rights over the devil at every turn. Legally, he can’t touch us. The Bible says ‘We belong to God and were bought at a price.’ Let’s look a this in the natural to get a better understanding. If someone puts out a restraining order on another person, then legally, that person has to keep their distance at whatever approximation was established, whether 100’ or a mile away. If they come within that proximity, they are legally breaking the law and can be punished. But here is the thing. If the person who took out the restraining order, doesn’t call the police and enforce that restraining order when it’s being violated, the attacker will just keep pushing their limits to see how far they can break the rules and get at that person again. 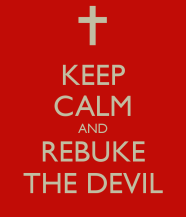 Its’ the same way with the devil! He will try over and over again to push his limits and violate the spiritual restraining order placed on him, IF we don’t enforce the authority that we have been given. Day after day, Christian after Christian, allows the devil to violate their protection and take advantage of them.

He steals from them, taking their joy.

He comes in like a thief, stealing from their finances.

He assaults them against their health making them sick.

He destroys their lives and their relationships through addiction and bitterness.

He takes all and leaves nothing left…

…AND WE DO NOTHING ABOUT IT!!

We have the victory over Satan and his minions!! Glory to God! All we have to do is to incite the name of Jesus, and he has to turn-tail and run, with his tail between his legs. Satan was beaten at the cross and resurrection of Jesus Christ. He is defeated. We’ve won! But we have to ENFORCE it!!

Today is the day! If you have let the devil take advantage of you, steal from you, physically put sickness on you, destroy your relationships and well-being, and send your life spiraling into despair…well no more! Stand up, declare the name of Jesus over your life, your property, your relationships, your joy, your everything, and tell him to be gone! Scripture tells us that Jesus has given us ‘power over serpents and scorpions and over all the power of the enemy so that nothing can by any means harm us’! Take your stand, put on the full armor of God (Ephesians 6) and go on the offensive against the devil and this world!

Christ has given you the victory. The question is: Will you use it?

‘Ever since the days of John the Baptist, the kingdom of Heaven has been forcefully advancing, and the forceful people of God are taking hold of it’ (Matt 11:12)