When I was a kid, I used to watch a cartoon show called ‘He-Man’. I loved this show (still do..but don’t tell anyone). The story line revolved around this prince (named Adam) who lived in this big castle but, in himself he always came across very soft and weak. But when the powers of evil would come around, primarily his nemesis, Skeletor, he would raise his sword and declare “I HAVE THE POWER!” He would literally transform from this weak, sissy little prince, into this hulking super strong warrior who could always defeat anyone!

I think there is quite a bit correlation between this childhood cartoon and in our Christian walk today. In ourselves…well, we can’t do much but, with the Lord on our side we most definitely can do anything, for the Word of God declares that ‘Nothing is impossible with God.’. The problem is, much of the time, just as the hero ‘He-man’ would do, we want to proclaim ‘I have the power’…but do we? The Bible tells us we are more than conquerors and victors in Christ but whose power is it anyways? Do we as Christians have the power or are we called to merely call on the One who does have the power? The Bible says we as believers in Christ have ‘authority’. Many would probably say that power and authority are the same thing-synonymous if you will. But are they? I believe there is a profound difference and this difference is absolute ‘HUGE’ for the man or woman in Christ. Let’s look at the definition of each.

-the capacity or ability to direct or influence the behavior of others or the course of events. Physical might

-to move or travel with great speed or force.

-the power or right to give orders, make decisions, and enforce obedience.

Upon initial glance, the two seem almost interchangeable…but lets take a closer look at how this plays out in the Christian realm. 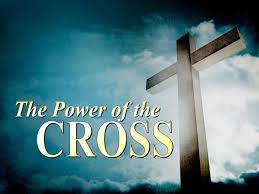 As born-again believers in Jesus Christ, we are under a New Covenant, not only redeeming us from our sins but also, granting to us the ability (or access) to overcome sin, the devil and this world. 2 Peter 1:3 states ‘For His divine power has given us everything we need for both our life and for godliness. Through these things, He has given us His very great and precious promises, so that through these promises, you may be participants of the divine (otherworldly, supernatural) nature, and escape (be free from) the corruption of this present world.’ Many claim to have power. Power can accomplish much in this world. Power can turn the tide in you’re favor, if you are more powerful than the person you are up against. Power is highly coveted in today’s society-or any society for that matter.

Many Christians today have heard there is power in the Gospel and in fact, there is. The Bible tells us ‘the same power that God used to raise Christ from the dead also dwells in us’. If we think about that, it’s pretty amazing. We are talking raising someone from the dead. And not only raising them from the dead but also, conquering death, sin and the grave, all in one glorious shot! Now this power dwells within us. We have been given victory over the devil and the lures and lusts of this world. The problem is, many try to exert this power in their own strength. By doing so, they come up short. They falter. They get defeated often. What’s the problem? If the power lies within then why are they not finding vicotry?

Now let’s take a look at authority. Take a police officer for example: when he/she stands in a road with a whistle or light, they can stop and direct traffic. They can literally direct and control these vehicles that weight thousands of pounds. How? Do they exert power in stopping and diverting traffic? Yes, in a sense that is true. Do they literally go out and try to physically muscle each and every car that approaches them-pushing them to go a different way? Of course not. They simply blow a whistle or raise a hand and the car stops. Yes they have a form of power but what are they really doing? They are enacting their power through the authority they possess. Their authority enforces the power of the government which ultimately can decide the fate of each and every driver of those cars if they choose not to obey the officer. This individual police officer who maybe weighs 200 pounds, can stop an oncoming vehicle weighing thousands of pounds! 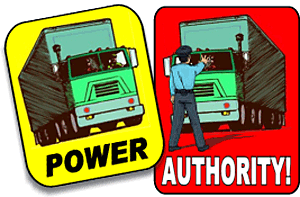 Do you see the difference? Yes we have power but, that power ultimately comes from the authority we wield as Christians. We bear the name (Christ-one) of the one who has absolute authority over, not only this world but also, the devil, spiritual forces, sickness, disease and sin! Jesus conquered all when He rose from the grave and ascended on high to sit at the Father’s right hand. The Bible tells us in Ephesians 2:6 that we also have been seated WITH Christ in the Heavenly realms. We have been given the exact same authority and power that Christ has. Is it our power? No not ours but His. We don’t utilize this power in ourselves or with our physical might. We simply raise our hand and all the demonic vehicles of hell are diverted and will move out of our way! Not because of us but because of the one we represent. There is no devil in Hell, no sickness in our bodies, no rampant disease on thie Earth, no problem in our lives that the power of God cannot overcome and move…out of our way!

Let us start walking in this authority. We don’t need to get all ruffled up and into some type of spiritual frenzy in order to see God move. We simply enact our authority and let His power take over! It’s all accomplished by the simple seed of faith in our lives. Faith triggers God’s power. Faith pleases God. Faith moves mountains. Let’s start moving those mountains!

He replied “Because you have so little faith. I tell you the truth, if you have faith even the size of a (tiny) mustard seed, you can SAY to this mountain ‘Move from here over to there’ and it WILL move. NOTHING WILL BE IMPOSSIBLE FOR YOU.” (Matthew 17:20-21)