Prayer. A word we are all familiar with but an action that many of us are actually quite unfamiliar with.

I have been recently challenged in this area. Having been a Christian for some 20+ years, prayer has a track record in my life of what may appear to God like a winding river through the canyons of life. At some points the river is pushing and driving and nothing can hinder its goal. A raging of the rapids if you will. The torrent moving all who would dare to step in, along at a steady and oft times powerful pace. Even the very stones and rocks in its path being worn down by the brushing of the forceful waters against their attempt to impede the water’s progress. A healthy river.

Then at other times, my prayer life could be summed up like the trickling stream or a stagnant pond at the end of a river. Barely any movement or life. Just a tad bit of sun shining through the clouds could dry up the minute amount of water which can be found. Definitely not a place to swim or find refreshing. Rather a place of stagnation and drought. A dried up riverbed where there should be water teeming with life. Not what one’s prayer life should be. 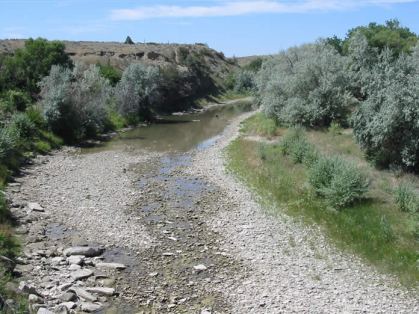 I’m sure many can relate to such varying times in our lives regarding prayer and its impact upon others. Yes. Impact upon others. Now I just switched gears quite handily with that statement. Herein lies the problem. We tend to make prayer about us instead of about others-about the others whose lives it could impact if performed by us-regularly and with intention and faith.

God has called us to pray. Jesus Himself modeled prayer for us many times throughout the Gospel accounts. Oh, of course His great miracles and death on the cross grab the Christian headlines of teaching but its those moment of prayer which empower and enable the whole fabric of everything else Jesus did. You see Jesus, although being 100% divine, came in the form of His creation. He came as a man and lived as a man. He did this to redeem man from sin and over the power of the devil. In this human undertaking He had to seek the Father-just as we are supposed to. He laid down His divine rights to walk in the handicap that is humanity. He sought the Father through prayer often. Many times, just before a miracle, we see Jesus off in conversation beseeching the Father for wisdom, direction and instruction. We also see Him going off at times alone to pray.

“Very early in the morning, while it was still dark, Jesus got up, left the house and went off to a solitary place, where he prayed.” (Mark 1:35/NIV)

Jesus gave us instructions on prayer. He gave us what many called the Lord’s prayer (Matt 6:9-13). He spoke to the people when delivering the sermon on the mount, about going off into one’s closet to pray to Father, where no one can see what we are doing. Something between just God and the one praying. One of Jesus’ best teachings on prayer however would be His personal example of praying for the Disciples found in John 17. Here Jesus calls out to God for them. He decrees God’s protection over them. He prays for their ministry. He prays that the disciples would have full intimate fellowship with the Father-continually. Jesus also intercedes for those who would come to know salvation under the ministry of the disciples. This my friends, is prayer.

We are to pray as well. Not just the last minute shouts to God when we are in trouble. Not the selfish ramblings about all the things we want in life. Also not just complaining to God about the problems in our life. Listen to me. God already knows what you need. He already knows all the things you’re going through. He doesn’t need for you to give him a 30 minute subjective recap. He doesn’t! Of course you should knowledge your needs, and tell Him. And yes pray when we are in trouble. But let’s go deeper. Let’s start making it about others. That’s right. I said it. Others. A possibly very un-American word these days. The Gospel is of course about bringing the good news to other people right? I mean…that was the commission Jesus gave right before He ascended back into Heaven. Placing others above ourselves is simply a concept bountifully woven through the fabric of the entire New Testament writings.

Okay…let me get right to it. We need to start praying for others. We need to start going to God about those people who don’t know the Lord. We need to intercede for them. We need to petition for their lives. And I’m not just talking about praying “Oh God, if you will have mercy, please save so-and-so.” Jesus already saved them. What you say? What was that? That’s right. Jesus already died on the cross 2,000 years ago, took sin, conquered death, hell and the grave, rose and ascended back to the Father’s right hand and sat down! He accomplished everything that was needed to save our souls and provide redemption for the lost. What those people need is to have the spiritual blinders removed so they can have the opportunity to believe!  You see our belief and faith in Jesus is what saves. One’s unbelief is what sends them to hell. That’s right. It’s their lack of belief which damns them to separation from a holy God.

“For God so loved the world that he gave his one and only Son, that whoever believes in him shall not perish but have eternal life. For God did not send his Son into the world to condemn the world, but to save the world through him.” (John 3:16-17)

“Whoever believes in him is not condemned, but whoever does not believe stands condemned already because they have not believed in the name of God’s one and only Son.” (John 3:18/NIV)

The Word confirms it. Whoever does not believe is already condemned. It’s our faith and belief on what Jesus did for us that saves. So what prevents people from believing. Spiritual blindness. And where does that come from. Sin and the devil. That simple.

“And even if our gospel is veiled, it is veiled to those who are perishing. 4 The god of this age has blinded the minds of unbelievers, so that they cannot see the light of the gospel that displays the glory of Christ, who is the image of God.” (2 Corinthians 4:3-4/NIV)

We see here that the ‘god of this age’ has blinded the minds of those who don’t believe. The devil is the god of this age. Without getting into a theology lesson, Satan basically runs this world-has since man sinned and relinquished authority of it to him. The Bible calls Satan the ‘prince of the world’ and the ‘prince of the power of the air’. We live in the enemy’s camp. The Word of God says that we are all under the power of the evil one. Now that is, except for those who have been born again and received God’s spirit within them. We are soldiers for good, waging war behind enemy lines! 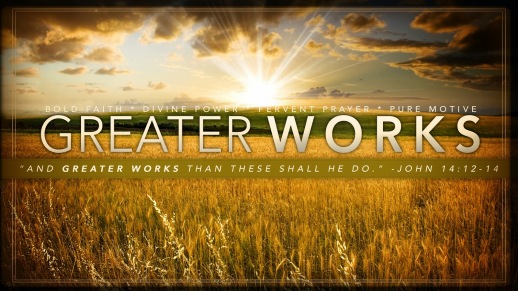 Now I say all this because this is what we need to be praying. Praying for souls. Praying for the lost to have their eyes opened so they can receive the life of Christ within them! As the church, we have authority over the devil! That’s right! Christ Jesus was given all authority over Heaven and Earth (Matt 28:18) and He gave it to the church to do the very things Jesus did while He was on the Earth. (1 John 14:12) What did Jesus do? He set people free! He healed the sick! He cast out devils! Since we have this authority and this mandate to go into all the world preaching the Gospel to all creation, then what are we waiting for?

Why are we so caught up in our little materialistic mindsets that we can’t seem to go to God about anything except the next creature comfort or item to help us keep up with the Jones’ next door? There are people dying and going to Hell and unless you and I start doing something about it, they will stay that way. We need to start pleading the blood of Jesus, praying for the Holy spirit to open the eyes of sinners, commanding the devil to get off them, and loosening the revelation of the light of the Gospel into their minds so they can believe and receive! I guarantee you, that when we begin praying in such a way, we will also begin seeing results. Results that are souls coming into the kingdom. The Bible tells us that all of Heaven rejoices at just one sinner coming into the fold. That’s powerful. That’s real. That’s the Gospel. Prayer makes that happen.

Will you begin to pray? 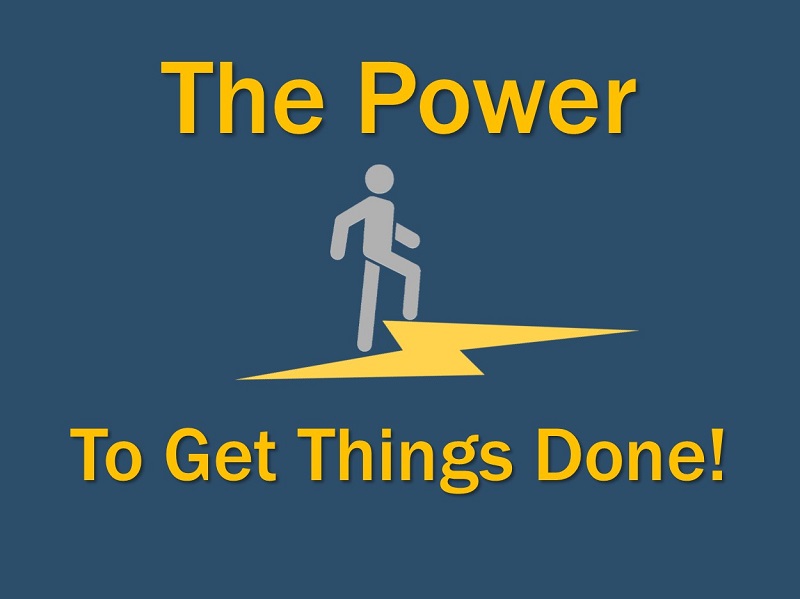 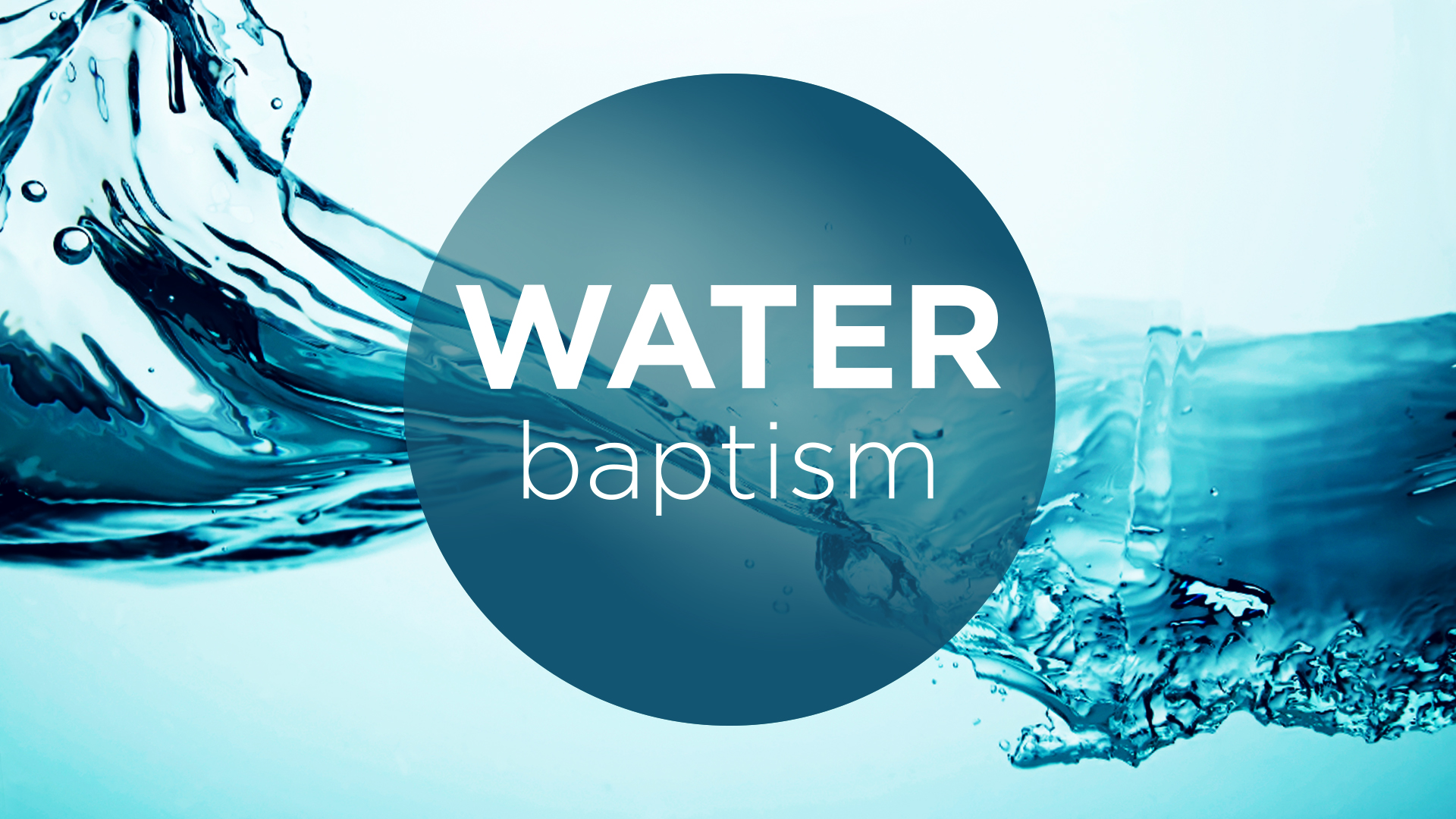 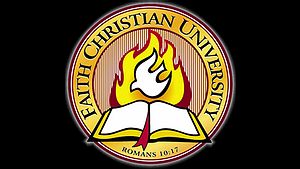