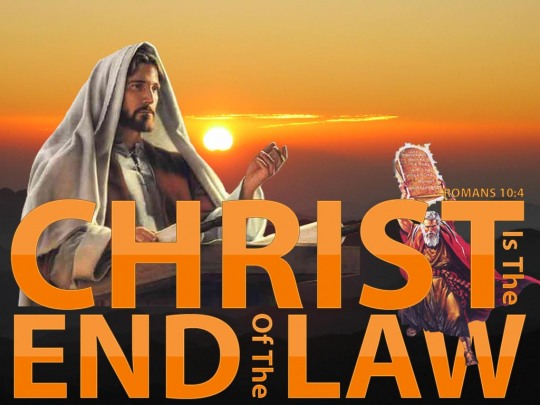 There are some today who advocate that Christians still need to adhere to the commands and ordinances of the Mosaic Law. That somehow, our salvation has been purchased by the sacrifice of Jesus Christ and that the laws concerning sacrifice have been done away with but, with regards to the rest of the Torah (God’s 613 commands, feasts & ordinances) we as Christians are still bound. That we have received the Holy Spirit to empower us to keep the Torah. I would heartily disagree with these comments and will attempt to briefly explain further below.

The purpose of the Law was to show us our sinfulness, utter depravity the hopeless chasm between man and God. The Law (Torah) was given to show us God’s righteousness-the inverse of this being that if it shows God’s righteousness then it also reveals our sinfulness because we then see what God’s holy standard is. It was never intended to achieve for us righteousness, holiness nor salvation. We don’t extract just some of the law-that pertaining specifically to the sacrifices-and leave all the rest…as our ‘taskmaster’. That is ludicrous. What does that profit you? What do you gain by that? When you read the book of Galatians from chapter 3 straight through chapter 5, Paul lays out the entire progression of the purpose of the Law, how it was part of the old covenant, that old covenant represented by Hagar, that those under that covenant are as slaves not as children-being heirs, that we are now free in Christ, that we are not to use out newfound freedom as an excuse to sin (if we are still under the law what are we free from? How could we be going out and sinning in our freedom if we are abiding by the law because all the commandments are still there?), that the entire law is summed up in a single command ‘to love our neighbor as yourself’, and to begin walking in the spirit so as to no longer fulfill the lusts of the flesh. Why walk in the Spirit to abstain from sinning if we are still abiding by the Law? Gal 5:18 states ‘If you are led by the Spirit you are not under law’. Does that mean I go out and start sinning everywhere by lying, cheating, stealing, murdering, slandering, hating, etc.? Absolutely not for after being forgiven and filled with the Spirit, how can we? The Law is about taming the natural man through written commandments. The spirit is about being led by God’s presence with the commands written on our hearts-in our spirit-so that we do not oblige the flesh in any way. We are to serve the Lord by way of our spirit, by feeding it and growing it, through prayer, study of His Word and by revelation of Him speaking into our spirits. For God is spirit and the true worshipers will worship Him in spirit and in truth-not through obeying the law.

Galatians 5:24-25 states “Those who belong to Christ Jesus have crucified their flesh along with it’s passions and desires. Since we live by the Spirit let us be led by the Spirit’. Once regenerated and born again by His Spirit, we live in the new way of the spirit, not be the Law but by His leading. We are freedmen, free unto Christ, freed from the Law and it’s regulations, free to worship Christ uninhibited by the sinful nature-something the Law never could and never can do for us.

Some continue to make the claim that man was always able to fully keep the Torah and that keeping it wasn’t the problem, rather we just needed the power behind the covenant to enable us to keep the Torah. If the purpose of the Torah was to show us God’s righteousness yet as you say according to Luke 1:5-6 righteousness was already possible and attainable, why would we need the power of the Holy Spirit to enable us? Enable us to do what? From my reading of the Old Testament writings, I don’t see the nation of Israel was ever able to keep the Torah. They were always falling away from the Lord and being brought back through either the prophets, the judges or the various kings. How is it that you say we are able to keep the Torah though, when that stands in direct contradiction to what is in the Word of God? One doesn’t need power for anything if one can already keep everything!

‘For I know that there is nothing good housed inside me — that is, inside my old nature. I can want what is good, but I can’t do it! For I don’t do the good I want; instead, the evil that I don’t want is what I do!’

If there is nothing good inside our fleshly nature-our natural man-then how is possible that those under the Torah-before the Spirit was given-were able to keep the Torah? As you yourself quoted in Romans 7:14 ‘For we know that the Torah is of the Spirit; but as for me, I am bound to the old nature, sold to sin as a slave.’ How can man who is a slave to sin keep the Torah which reveals God’s righteousness? Again in Romans 8:3 ‘For what the Torah could not do by itself, because it lacked the power to make the old nature cooperate…” Our sin nature will never cooperate with the law-it can’t! The Word tells us in Romans 8:7 ‘ For the mind controlled by the old nature is hostile to God, because it does not submit itself to God’s Torah — indeed, it cannot.’ We cannot submit this flesh, this sinful nature, our bodies and minds, to the righteous commands of the Law in full obedience. If we could there would have been no need for the savior to come. Paul also affirms this in Gal 2:16 ‘even so, we have come to realize that a person is not declared righteous by God on the ground of his legalistic observance of Torah commands, but through the Messiah Yeshua’s trusting faithfulness. Therefore, we too have put our trust in Messiah Yeshua and become faithful to him, in order that we might be declared righteous on the ground of the Messiah’s trusting faithfulness and not on the ground of our legalistic observance of Torah commands. For on the ground of legalistic observance of Torah commands, no one will be declared righteous.’ Then further down in verse 21:

21 ‘I do not set aside the grace of God; for if righteousness comes through the law, then Christ died in vain.’

‘Surely you know, brothers — for I am speaking to those who understand Torah — that the Torah has authority over a person only so long as he lives? 2 For example, a married woman is bound by Torah to her husband while he is alive; but if the husband dies, she is released from the part of the Torah that deals with husbands. 3 Therefore, while the husband is alive, she will be called an adulteress if she marries another man; but if the husband dies, she is free from that part of the Torah; so that if she marries another man, she is not an adulteress.

4 Thus, my brothers, YOU HAVE BEEN MADE DEAD with regard to the Torah through the Messiah’s body, so that you MAY BELONG TO SOMEBODY ELSE namely, the one who has been raised from the dead, in order for us to bear fruit for God. 5 For when we were living according to our old nature, the passions connected with sins worked through the Torah in our various parts, with the result that we bore fruit for death. (Why would they bear fruit for death if everyone can keep the Torah unto righteousness?) 6 But now we have been released from this aspect of the Torah, because we have died to that which had us in its clutches, so that WE ARE SERVING IN THE NEW WAY PROVIDED BY THE SPIRIT and NOT in the old way of OUTWARDLY FOLLOWING THE LETTER OF THE LAW.

Paul here is using an example of being released from the covenant of marriage due to the spouse dying, thus freeing the remaining spouse who is living to marry another. In the same way, we have died (along with Christ) to our old covenant of marriage to the law. We have been legally set free to come into a new covenant-namely that of Jesus Christ to now serve in the way of the Spirit, not in the letter of the law as in our old marriage covenant!

The former established the need for the latter. Without the former covenant and the mosaic law, we would have had no clue that we even needed to be redeemed from the curse of sin, for where there is no law, sin is not taken into account.(Rom 5:13) The law revealed the utter sinfulness or our sinful nature (Rom 7:13). Yes the Torah was holy, just and good but, that doesn’t mean it was to continue on after we entered into a new covenant with God through Jesus Christ.

We have been made completely righteous now through our death with Christ, our new life with Christ and through our faith in Christ. What is there left that the law can do for me? Hebrews 8:12 has already made it clear God’s Torah has been written on our hearts or engraved in our spirits:

‘For this is the covenant that I will make with the house of Israel after those days, says the Lord: I will put My laws in their mind and write them on their hearts; and I will be their God, and they shall be My people.’

Roman 8:4 declares “…in order that the righteous requirements of the law might be fully met in us, who do not live according to our flesh but rather according to the Spirit.’ We are declared righteous solely on our faith and trust in Jesus Christ. We have been crucified with Him, so that we are now dead in regards to the law and the power thereof, we have been empowered with the Holy Spirit in our own spirits (being born again)(John 6:63-flesh gives birth to flesh but Spirit gives birth to spirit), and now can serve in the new way of the Spirit by participating in the divine nature (2 Pet 1:3-4) and fully being overcomers of this world, sin, death and Satan (1 John 5:4; John 16:33; Rom 8:37).

Christ is now the end of the law so there may be righteousness for everyone who believes. (Rom 10:4)